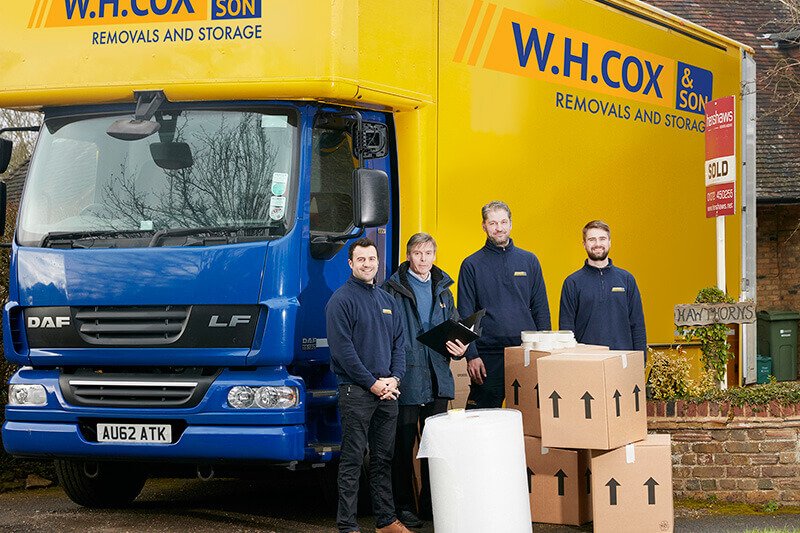 When you’re planning a move, it makes sense to choose a removals company from either the same or else a nearby area, doesn’t it? Well, no, it doesn’t, although you could be forgiven for not knowing it. Certainly, the London movers don’t want you to catch on to an industry secret that could save you considerable amounts of money. But it’s time the truth came out – when you opt to go with a company from outside the city – for example, WH Cox & Son – you’ll get moved just as efficiently but with a less painful hit to your wallet.


Because we’re located in Surrey, our rates are always going to be less than for the same service from a capital-based establishment. It’s unfortunate that people still labour under the opposite belief – that they’re keeping their costs down by going local. We’re determined to disabuse people of this false impression. In fact, no only are our rates better, we’re actually just as familiar with London as our inner-city rivals and we’re just as adept at getting around it in good time. South West London, in particular, is a place we know intimately – we do lots of moves in Putney, Battersea, Richmond, Southfields, Wandsworth and Wimbledon. We can have you moved out of your old home and into your new with a minimum of stress and a maximum of efficiency. We love trouble-free moves and we endeavour to make each one just that. Using a company that’s just around the corner may make no positive difference to the outcome of your move but will almost certainly cost you more money if you’re in London.

Our lower rates certainly do not mean a lower service. We’re a family-run company made up of BAR-trained staff and our properly-uniformed movers, drivers and packers are helpful, good-mannered and fast on their feet. We use people who’ve been with us for many years and who care about what they do. Forty years of London moves have left us with finely-honed skills so that from London to Middlesex to Surrey, WH Cox & Son is a dependable name that’s grown through word-of-mouth and friends’ recommendations.